A decade after the multiple award-winning British journalist Nick Davies warned that the mass media are acting more like a global village idiot, highly ignorant and easily taken for a ride, fake news has become a common phenomenon. In Flat Earth News, Davies analysed the dangers threatening the vital role the media generally fulfil in democracies.

The public editor of News24, George Claassen, revisits Davies’s book and asks, have we learnt any lessons in the pursuit to report news accurately and credibly?

One of the fundamental functions of the media is to educate and, through education, to enlighten. Shakespeare warned in Twelfth Night: “There is no darkness but ignorance.”

Nick Davies believes that the media have, to a large extent, reneged on their function to educate. He asks why a profession would lose touch with its primary function so that truth-telling disintegrates into the mass production of ignorance.

Revisiting a review on Flat Earth News I wrote ten years ago for By, Media24’s Saturday supplement for its Afrikaans dailies, I want to pose the question: Are the rocks in his own profession that Davies warned about, and which are endangering journalism’s safe passage, still applicable a decade later in light of fake news and the rise of social media?

In the Trump, Brexit and Putin era, and with bots spreading fake news, two highly respected American journalists – Bill Kovach (former director of the Nieman programme in journalism at Harvard University) and Tom Rosenstiel of the Project for Excellence in Journalism – write in their book The Elements of Journalism that the need for the truth is greater in this new century, not less, because the probability of untruth has become so much more of an everyday occurrence.

Davies refers to the words of the Washington Post journalist Bob Woodward – with Carl Bernstein the thorn in the flesh of the Nixon administration – who emphasised that the best journalism is quite often practiced in conflict with management.

In his book, Davies quotes extensively from research by the University of Cardiff’s journalism school which, in alliance with various other research institutions, made a comprehensive study of the state and quality of journalism in the UK. The study exposed serious flaws of inaccuracy in the general day-to-day news reporting of British journalists, influenced by spin doctors and spokespeople for politicians, companies and other interest groups manipulating the news and journalists.

One of the strongest phenomena in modern day journalism drawing the wrath of Davies, is the way journalists are reporting at the behest of invisible puppet masters. Reporters take news releases of communication officials, public relations officers and spokespeople of government institutions, the private and other sectors of society virtually word for word, and publish or broadcast them under their own bylines, without any significant input of their own.

Davies calls this Flat Earth Journalism, in which every possible claim, rumour, allegation or story is accepted without asking any critical questions. This, he surmises, runs through the unguarded gates of the media with the ease of a Brazilian goal scorer penetrating the English defence. With the rise of social media, this unscrutinised acceptance of “news” in the marketplace, is becoming one of the most serious dangers threatening democratic institutions – and the credibility of journalism as a whole.

In 2016, Prof Emily Bell, Director at the Tow Center for Digital Journalism at Columbia’s Journalism School in New York, emphasised that “Our news ecosystem has changed more dramatically in the past five years than perhaps at any time in the past five hundred… Social media hasn’t just swallowed journalism, it has swallowed everything. It has swallowed political campaigns, banking systems, personal histories, the leisure industry, retail, even government and security. The phone in our pocket is our portal to the world” (my emphasis).

With it, social media has also become the vehicle for spreading fake news at an alarming pace, spreading untruths without proper checks and balances that have been an integral part of the media’s news gathering and reporting process for centuries.

The University of Cardiff, analysing 2 027 local news reports published by five British newspapers (The Times, The Guardian, the now dead Independent, The Daily Mail, The Daily Telegraph), over a period of two weeks in 2006, found that any meaningful and independent journalism reflected in these reports was the exception rather than the rule. The study did not refer to investigative journalism as such, but to the basic principles that should apply to news judgment, checking of facts, balance in reporting, critical analysis and questioning of sources.

Davies writes that the Cardiff study showed that the most respected media in the UK continuously regurgitate and recirculate unverified and second-hand material. The researchers warned that they found many reports that were obviously written by news reporters, but which clearly seemed as if they were merely cut and pasted from another source. Only 1% of the studied reports, the so-called “wire news stories”, were credited and indicated as such by the five newspapers.

Davies compares journalism that does not make sure it is accurate to the human body without an immune system. If the primary aim of journalism is to tell the truth as accurately as possible, it means that the primary function of journalists must be to verify facts and to reject that which is not true. But, he says, something has changed, and this essential immune system has started to collapse.

Davies calls this type of superficial journalism “churnalism”. He analyses 10 basic rules why cost-cutting (fewer journalists must do more work) is so seriously affecting the integrity and independence of the news information system:

Well known electrical fences are the Israeli government; business pressure groups like the National Rifle Association in the USA preventing any steps to curtail gun control; moral and cultural pressure groups such as the Man and Boy Foundation’s influence on the initial classification of the isiXhosa initiation film, Inxeba (The Wound); religious groups like Answers in Genesis, the Angus Buchan followers, the Intelligent Design movement who are propagating creationism and leading campaigns against scientists and evolution as valid and accepted science; and anti-climate change groups clamouring for the “other side” when the scientific facts about climate change are undeniable.

These scientists have been urgently warning that climate change is endangering life on the planet, but journalists often “balance” their stories with the unscientific, ill-informed and politically driven opinions of denialists (also emphasised by Naomi Oreskes and Erik Conway in their must-read book, Merchants of Doubt).

This also is applicable to HIV/Aids denialists and dissidents such as Peter Duesberg, David Rasnick, Anita Allen, Thabo Mbeki, Matthias Rath and their supporters getting reams of publicity. (One needs only to be reminded of journalists such as John Lauritsen, Celia Farber, Katie Leishman – and specifically Chuck Ortleb. “The Aids crisis will be over in six months,” he declared in 1988 under the influence of Duesberg specifically.)

Creationists and the Intelligent Design Movement persistently insist on putting the “other side” in the debate on evolution, despite science having proven, with overwhelming evidence, that Darwin’s theory is valid science and the only way in which biology can be explained, to quote the geneticist Theodosius Dobzhansky.

It leads to the draining of detail from stories, in which complexity is removed and context eliminated. This prejudice against the truth is now built into the news factory’s approach to package stories in smaller and smaller units. It is, says Davies, like a body without limbs forced into a suitcase.

The mass communication researcher, Neil Postman of New York, called this the syndrome of “amusing ourselves to death” that has taken over the media approach to news. Difficult-to-understand stories are often avoided, with science reporting the most seriously harmed by this approach of dumbing down and superficiality.

This rule led to less aggression, but even more fiction, with the death of the pope in April 2005, writes Davies. The media presented as facts, without any questioning and critical awareness, the things in which Christians believe. ‘SAFE IN HEAVEN’, the Mail on Sunday declared on its front page. This phenomenon is widespread, also in South Africa, and in total contradiction of the lack of evidence for belief systems portrayed as facts.

The challenges for ethical journalism are becoming more difficult by the day. Countering fake news will demand and require more dedication from journalists to seek the truth and to report on it as accurately as possible, simultaneously minimising harm, acting absolutely independently, and to be accountable when mistakes are made.

The fall of President Jacob Zuma and the Gupta saga will for many years be examples of excellent investigative journalism, despite efforts by Bell Pottinger and others to spread fake news, trying to counter the discoveries by journalists. The rise of fake news has indeed reconfirmed the need for all journalists to again revisit and take to heart the warnings uttered by Davies a decade ago.

Amidst the rise of social media, his book has become a prophetic siren, guiding journalists through the treacherous Scylla and Charybdis passage towards credible and trustworthy news reporting. 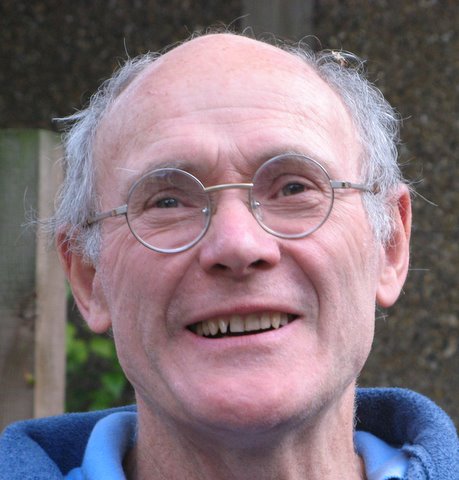