Editing a daily newspaper in the digital age of video, WhatsApp, Twitter, and to some extent Instagram, has its exhilarations and challenges.

Story tips are sent from all corners of the world by those who, selfishly so, purport and pretend to be your readers. They sell you the old adage that “this is exclusive”.

What you don’t realise is that you are being sold a dummy. A dummy that can have dire consequences on the good standing of your publication, and your personal reputation.

Take this example. In 2012, way before “fake news” became such an unpopular catch phrase, a video was sent to the Daily Sun news desk.

The video, violent in nature, showed thugs being burnt to death in Diepsloot, in the north of Johannesburg. This was five years ago, when the story was splashed on the front page.

It later emerged this was nothing but fake news. The video was old and had been circulated more than a year before.

It was a reader who was hell-bent to mislead. It was also a failure of editorial checks and balances in checking the veracity and metadata of such a video.

There are also instances where fingers are fast enough when it comes to Twitter. And the fastest fingers, so often, get easily burnt. The example in point here can be the baseless and utterly unnecessary tweet that once wrongly “announced” Archbishop Emeritus Desmond Tutu’s death. A real damage to news outlets that fell hook, line and sinker.

Don’t get me wrong dear reader, Twitter is a great tool to use for story tips and to do follow ups. The mistake and challenge faced by numerous newsrooms is that journalists and editors easily, and lazily so, put all reliance on this platform and whatever is published there, is regarded as the soul truth. As we are all aware by now, the opposite is true.

While most traditional media outlets are spending sleepless nights to come up with ways that bring about digital media revenues, one key value is that most audiences and readers have trust and belief in traditional media and what it has been delivered over the years. It was a reputation built over decades. So why would an editor or journalist want to damage that over a Facebook or Twitter post that is, not only slanderous and sloppy, but also damaging to the very reputation that you have sought to build and protect over the years?

It’s a world like no other that we operate in as the news media. There are those who have made it their business to discredit any formidable media that dare ask them questions they would rather not answer. Instead, they will work hard to drive a wedge between news media outlets and seek to achieve who is easily factionalised and can easily agree to drive and implement propaganda.

The reader has grown wiser though. This is a reader who takes their news seriously and knows where to source proper, fully-proofed and validated news. These are better delivered by those traditional news media outlets, whether they are broadcast, print or digital. 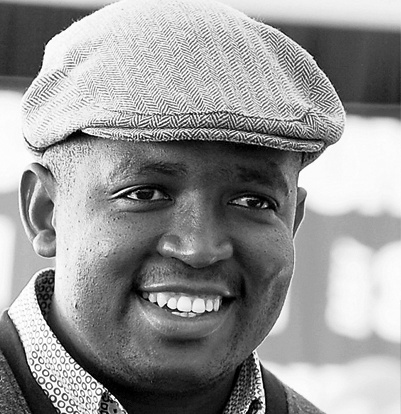 Moalusi is editor-in-chief of Daily Sun and Sunday Sun