The owners of a controversial website at the centre of disseminating right wing propaganda on social media have been unearthed as South African expats living in Thailand.

The father-and-son pair of Carel, 54, and Johan Frylinck, 25, are the administrators of South Africa Today – an aggregator website that republishes articles by the Freedom Front Plus, AfriForum, Front Nasionaal and other local and international websites and organisations promoting white victimhood in South Africa.

The website specialises in articles focusing on farm attacks, crime and land expropriation.

There has been an increase in right wing propaganda on digital platforms in recent months, since Parliament approved a motion to investigate the viability of land expropriation without compensation.

News24 can reveal that South Africa Today – often quoted as a source on Twitter and Facebook by supporters of the narrative that white South Africans are under siege – is run by former Mossel Bay residents, the Frylincks, living in the Southeast Asian country.

The website claims to “shed light on and expose” South African news.

In a post from May 9, 2014, during the early days of the website, Johan Frylinck lamented over the “media drought and media blackouts” about South Africa. He wrote that the purpose of the website was to counter the “false media”.

A post on June 14, 2018, linked to a Youtube video of known right wing commentator Lauren Southern describing her visit to South Africa, with a particular emphasis on Orania.

“In this video Southern describes a place where there is absolutely no crime. An orderly functional, well-run place called Orania.”, the website stated. 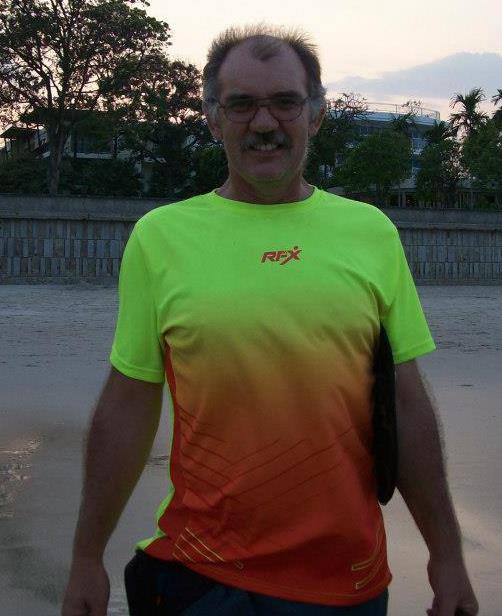 Another article on the same day complained that farm murders received less attention than the recent mosque attacks in South Africa. A post made on June 9, 2018, labelled a video of Die Suidlander’s Simon Roche’s recent address to American conservatives as “very informative”.

The most prolific “journalist” on the site is controversial figure Laura Oneale. Most of the stories on the website have no byline.

Oneale promotes herself as an independent author and freelance investigative journalist, who also self-published a book called Sipho and the Star Pearl. Her book tells the tale of a Zulu-alien hybrid called Sipho, tasked with banishing evil from the world by retrieving the mystical “Star Pearls” from Satan himself.

Oneale was the author responsible for “breaking” the fake news that former president Nelson Mandela had died in June 2013, six months before his actual passing in December that year.

At the time, she alleged a cover-up by the South African government was keeping the former statesman’s death a secret.

She was later forced to backtrack on her story when Mandela was discharged from hospital.

News24 contacted Oneale for comment on her role at the website, including her relationship with the owners, whether she is paid, and how she came into contact with the administrators of the site.

She asked what News24’s “agenda” was, before declining to answer any questions.

“I don’t have any comments regarding my involvement with SA Today, I think it’s irrelevant,” she responded.

Two wrongs and a right

This is reminiscent of the way in which the Gupta-linked www.wmcleaks.com website made use of unidentified authors and bylines to distribute its messaging anonymously.

Starting early in 2016, scores of fake, anonymous social media accounts – masquerading as real South Africans – eventually referred to as the “Guptabots”, coordinated a sustained campaign aimed at vindicating the Gupta family. Central to this campaign was the WMCLeaks website.

WMCLeaks and the Guptabots were used to amplify and propagate a particular narrative beneficial to its owners. In a similar manner, South Africa Today cherry-picks which articles and media to aggregate in order to promote a narrow set of interests.

They provide an easy platform to share and distribute these articles, which place an emphasis on white victimhood.

The Hunt for Red October

The hunt for those behind the website was elaborate. As a point of departure, the website’s “Contact Us” page provided little to go on: a generic email address and postal address in Ratchaburi, Thailand, were the only means to contact the website administrators.

The website’s registration details were also hidden behind a so-called “privacy proxy”, rendering the owner of the website unidentifiable using a WHOIS search.

Following queries by News24, the link to the website’s “Contact Us” page was removed. However, the page is still available here.

But the source code of an archived copy of the website showed that the website made use of Google AdSense to monetise the website. This also allows an investigator to trace all the websites that make use of a particular AdSense ID to generate its advertising revenue.

In this case, the www.southafricatoday.net website shared an AdSense ID with several other pages, including www.mainnews.net, www.foxlist.co.za, www.stayordine.com, www.securityrsa.net. The majority of these websites are directory listings. 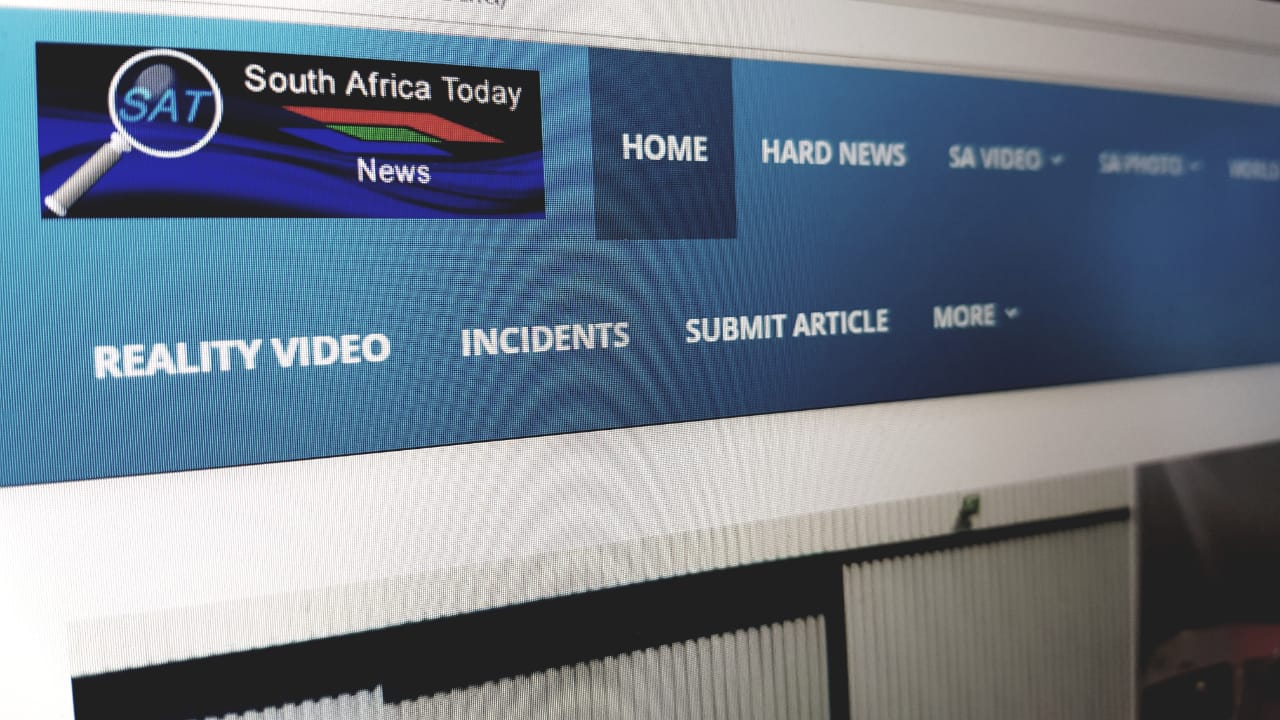 These websites were registered to a company called SACE, eventually identified as the “South African Chamber of Entrepreneurs”. On its website, SACE claims it is a private association of members aimed at promoting entrepreneurship. It also claims that it is a non-profit organisation registered with the Department of Social Development.

No detailed company information is provided on its website. Despite listing its business address at the Cape Town International Convention Centre, the CTICC confirmed that no company by that name was resident in its building. It also makes use of a Telkom ShareCall number, which is not geographically linked.

The SACE website and its promotional material indicate that it operates as a normal business, and it seems to make its money by selling “online businesses” to its customers for R7 000 each. The “testimonials” found on its YouTube page are mostly Americans, describing the benefits of SACE in vague and generic terms.

It was also established that SACE is linked to a string of training and business startup-related companies. The brochures for these companies used the same phone numbers and email addresses as the promotional material found on the SACE website.

A single company registration number was found, buried at the bottom between the fine print of a PDF lifted from one of these websites.

The company was Boulevard Investments Pty (Ltd), and company records confirmed that its sole director was Mr Theron Cilliers Gräbe from Mossel Bay. Gräbe confirmed that he was a representative of SACE, but denied any links between his company and www.southafricatoday.net.

“I can’t help you with any of your questions as it relates to southafricatoday.net. I recommend that you make contact with them directly.”

Despite claiming to be unable to assist, he claimed later in his response that our information was incorrect. He also jumped at the opportunity for some free exposure for SACE and Boulevard Academy.

“If you want to do a piece on Boulevard Academy or on the SA Chamber of Entrepreneurs [SACE], you are welcome to contact me personally and we can set up a meeting in Cape Town.

“In the meantime, be careful what you print. From your email, it is clear to me that some of the information you have is not correct.”

Gräbe, however, failed to explain how his Google AdSense ID came to be used on the website, along with several other websites linked to him.

A Wikipedia page for South Africa Today was created in July 2014. The current Wikipedia page for www.southafricatoday.net does not identify the details of any persons associated with the website. Fortunately, Wikipedia maintains a log of all past edits performed on each page.

Going through a history of the changes to the Wikipedia page, it was identified that, on January 26, 2015, a user named “Gearbox4” removed a certain Johan Frylinck’s name from the page, where he was listed as the website’s editor. Gearbox4 was a prolific editor on the site, especially in respect of South African rugby and cricket pages.

Earlier, on June 27, 2014, the user “Gearbox4” identified himself in a discussion on the page as Johan Frylinck.

A quick Facebook search found a Johan Gräbe Frylinck, with several of his photos geolocated in Ratchaburi, Thailand. This is the same address listed on South Africa Today.

His parents, Carel and Anel Frylinck, also reside in Thailand. They emigrated when Johan Frylinck was 19 years old.

Both Johan and Carel Frylinck contributed extensively to a Blogspot page that exclusively posted links to the South Africa News Today website.

Johan Frylinck also contributed significantly to the website under his own name in the early days of the site. In particular, he penned a piece lamenting the “media drought and media blackouts” about South Africa. He claimed that the purpose of the website was to counter the false media, a claim that appears at odds with the sites own apparent reticence to transparency.

Questions sent to the email address provided on the website were answered anonymously.

The website failed to answer direct questions about Johan and Carel Frylinck, and Theron Gräbe or Oneale. In each of these instances, it claimed that it was its policy not to disclose personal information.

It confirmed that it placed an emphasis on crime and farm murder related stories “not covered by the mainstream media”, but denied being a mouthpiece for right-leaning conservative movements in South Africa.

Despite refusing to disclose their identity, or explaining Oneale’s sketchy history, the page maintained it obtained information from “reliable” sources, despite being based in Thailand.

“We source from reliable sources and do sometimes cross-check, but SAPS, security companies, CPFs, emergency services and SANews.gov.za, to name but a few, should be reliable enough. Publishing untrue stories is not our aim and not good practice.”

MP Wouter Wessels, strategy and elections chairperson for the Freedom Front Plus, denied any relationship with South Africa Today.

“The FF Plus is not aware of the sharing of our press releases on their platforms. They are not on our media distribution list.

The FF Plus leadership, officials and media office have no contact with the proprietors and authors of this site, nor are we aware of who they are.”

“AfriForum has no relationship/understanding with said website. [Our] media statements are shared by various social media users and on various websites.

AfriForum is not aware of who owns the website, nor which journalists work there.”

Front Nasionaal was asked for comment, but had not responded by the time of publication.