The South African National Defence Force (SANDF) has distanced itself from a Facebook page claiming SA would not be scared to go to war with any country, including the US.

The page – South African National Defence Force – which was created on April 22, has gained close to 3 000 likes and has just over 3 000 follows.

“I saw the page and scrolled down on it. We would like to clearly state that it is not our official page, it doesn’t belong to us,” SANDF spokesperson Brigadier General Mafi Mgobhozi told News24 on Thursday.

The fake SANDF page claims that the SANDF is “a sleeping giant” and the country could easily become a nuclear state.

“South Africa national defence force a sleeping giant south Africa can easily become a nuclear state within a few hours we have the technology and with a bit of upgrade we can make ballistic missiles that can Reach anywhere in the world but for now south Africa is not interested in Nuclear weapons [sic],” reads a recent post on the page. 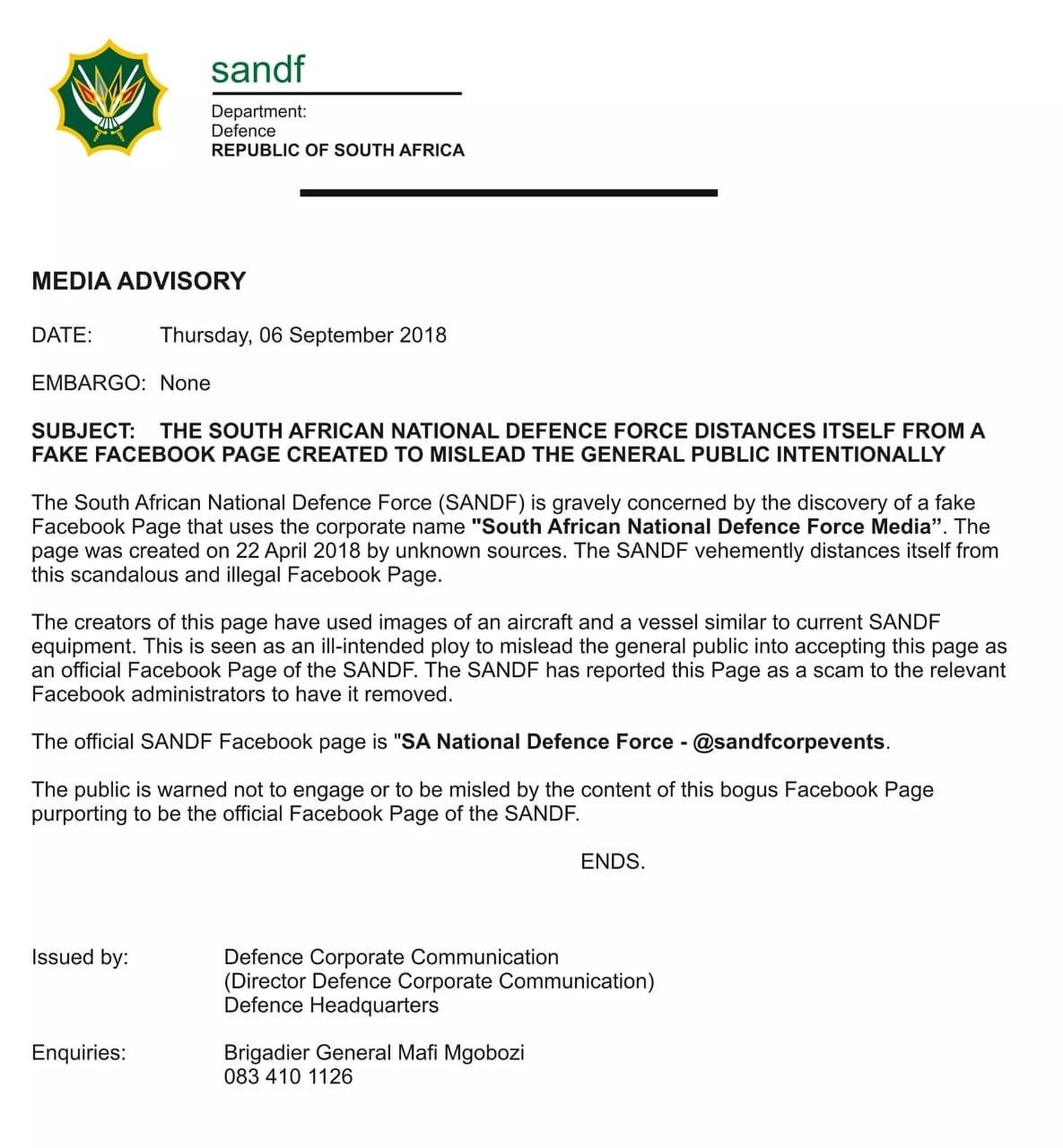 ‘It’s definitely not us’

A September 4 post on the page implied that SANDF chief General Solly Shoke said the country was not scared of any country including the US when it came to war.

Mgobhozi reiterated that the SANDF does not share the views expressed on the page.

“I’ve looked at the things they have written about and their content and, no man, it’s definitely not us,” he said.

“That’s where we share information on most of our events,” he said.

It seems the owner of the “fake” page is a man who goes by the name of Thalie Raza on Facebook.

His Facebook page also links to his Instagram account which, when you scroll down, shows the same profile picture of the Grippen jet found on the Facebook page. However, this was dated April 18, 2018 – some four days before the fake SANDF Facebook page was created. He is also listed as the owner of another Facebook page, Randsdollarspounds, which features a video of him rapping.

Raza was also one of the very first persons to share the articles posted on the page – he shared all of the page’s posts that it made on the day it was created.

He was not immediately available for comment. He had not responded to a message News24 sent him on his Facebook account at the time of publication.