This article originally appeared on www.superlinear.co.za on 31 August 2018, and has been republished here with the author’s consent.

The website FiveThirtyEight (made famous by its founder, Nate Silver, who accurately predicted the 2012 US elections down to the state level) recently released a dataset of almost three million tweets authored by Russian sockpuppet accounts. The dataset was collated by academics, Darren Linvill and Patrick Warren, of Clemson University.

Sockpuppet accounts, as opposed to regular troll accounts, use misleading personas unrelated to the real people who control them to enact a co-ordinated agenda. The accounts in this dataset originate from the Internet Research Agency (IRA) in Moscow which sits at the centre of the storm around Russian interference with American politics. Several of its senior employees have been indicted as part of the Mueller investigation into digital election interference.

The New York Times has a fascinating video interview with a journalist who worked undercover as an IRA worker. Her exposé gives us insight into how state-level geopolitical disinformation campaigns are run but it also highlights the fact that the IRA’s methods aren’t very different from those employed by the Gupta-linked agency used by the Radical Economic Transformation (RET) faction in 2016 and 2017 (right up until the ANC54 conference after which they seemed to go quiet – see my analysis of that event here).

As we enter a particularly fraught period of social negotiations around race and land, drawing parallels between the IRA’s actions in the 2016 US elections and South Africa’s own experiences helps us put things into perspective. When Donald Trump tweets about land expropriation and the killing of farmers, it’s important to understand that we are a chess piece in an international disinformation campaign and that our fears are being used against us.

So just what can South Africans learn about how to divide a society in order to mitigate what is happening to us in our social media discourse? You can read my full analysis of the three million IRA tweets here but below is the short version.

As Linvill, Warren and FiveThirtyEight point out, the data confirms that the IRA strategy consisted of playing multiple angles across American society but, contrary to popular belief, they did not play those sides equally to sow general confusion. Rather, they had a clear agenda in mind: to get Donald Trump elected, with or without his knowledge (initially they threw their weight behind Ted Cruz, but switched to Trump when it became clear that he was the front-runner).

On the Right, they focused on talking up Trump (#MAGA = “Make America Great Again”) and generating fear around his talking points such as fear of the other and paranoia towards the traditional media. Here are the top hashtags used by the IRA sockpuppet accounts:

All of this was intended to shore up a single pro-Trump narrative.

Conversely, rather than working to build consensus on the Left, the sockpuppet accounts sought to splinter the Left. They did this in three main ways:

Indeed, the sockpuppets spent most of their time generating BLM content rather than punting a candidate. Their strategy did not play all sides equally. Here are the main hashtags used by IRA sockpuppets on the Left:

Race and fear – the parallels between the US experience and the South African experience are striking. Fear and division are the best fulcrums for pivoting a society on into a preferred state. Not only have aspects of the BLM movement – perceptions of which were heavily tainted by Russian operatives – been integrated into the Rhodes Must Fall and Fees Must Fall movements but, like the USA, we have a conservative white community adrift in terms of their place in our country. Their fear and anxiety make them ripe for exploitation, which is already occurring with the white genocide meme and in the land expropriation discussions (see my analysis of how these topics are dividing our society here).

The IRA tweets leave me wondering about the extent to which the discussions in our country are truly homegrown versus inflamed and distorted by a third force? Should we really be giving the attention that we currently do to the extreme voices on the Black Left, the White Right and racists in general? Indeed, can we avoid giving them a platform when their voices, and the twisted narratives that they espouse, become embedded in our society through Machiavellian, artificial means?

Next time your timeline is infected by Julius Malema saying that “we have not called for the killing of white people… at least for now”, the cavalier racism of Adam Catzavelos, or a slick infographic that subtly misrepresents land and race facts, ask yourself whether these voices truly represent the South Africa that we all want? Or, do they represent a concerted effort to sow fear and division?

Propagandists, local and foreign, win when we give in to the primal feelings of fear that they stir deep within us. Now more than ever we need to be on our guard and give each other the benefit of the doubt, rather than indulge in our fears, if we are to traverse this delicate time in our country’s history. 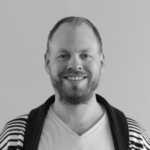 Kyle Findlay is a data scientist based in Cape Town, and was instrumental in identifying and exposing the Guptabots. He has contributed to numerous websites and maintains a data-journalism blog, www.superlinear.co.za.