A misinformation network, masquerading as a group of South African “news” sites, has been traced to a West African businessman operating from Johannesburg and Port Harcourt in Nigeria. This web of misinformation sites includes www.hinnews.co.za (HINNews), www.gossipmillsa.com (GossipMillSA) and the recently created www.breeknuusza.com (BreeknuusZA).

The HINNews network creates and publishes mostly false stories, leveraging sensational headlines to attract interactions on social media. These controversial headlines are shared by the thousands of naïve users, further corralling traffic to the group’s websites.

At times, these false stories attract more engagement than even the South African Broadcasting Corporation (SABC).

News24 can reveal that the mastermind behind the HINNews network of fake news sites is Mr Elvis Gosife Udofia, a Nigerian businessman and venture capitalist based in Port Harcourt. Udofia uses the traffic generated by the websites to monetise the misinformation, thereby making money off gullible users. 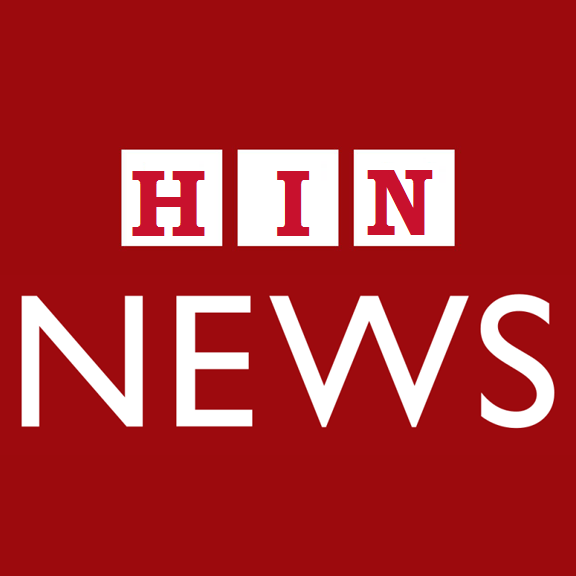 The website’s most popular stories are also the most racially divisive.

For example, on July 8 2018, a story “Brave farmer shoots four heavily armed intruders dead in failed farm attack” was shared and attracted more than 13 000 interactions from its Facebook page alone.

Another two articles published on April 23, 2018, attracted more than 9 500 interactions each, respectively claiming that farmers acting in self-defence will be prosecuted for murder and that South Africa will reintroduce the death penalty for murder and rape.

The website purposefully attempts to portray white on black, and black on white, violence in a manner that inflames racial tensions. It uses these controversial headlines to grab attention and elicit shares on social media.

Together with controversial and clickbait-styled headlines, the website triggers precisely the kind of shock and incredulity that provokes the viral sharing of these kind of stories.

For example, some of the articles shared by the website include an alleged farm attack in which pliers were used to remove the victim’s eyes, an unborn fetus ripped from the womb of its mother and a man who had sex with a cow.

Ironically, the owner of the site is not even resident in South Africa, despite seeking to profit from the race baiting and misinformation targeting South Africans.

The “HIN” in “HINNews” is an acronym for “Happenings In Nigeria”, a fact easily established from website registration records and the main page of the website.

The links between HINNews, BreekNuusZA and GossipMillSA was established using Google AdSense and Google Analytics IDs.

Although Breeknuusza is hidden behind a privacy proxy, historic website registration records indicate that it was once registered to Gossip Mill SA. Gossip Mill SA also registered www.southafricauncut.com, a website that uses HINNews’ Adsense ID (ca-pub-7617381059761033) for its advertisements. GossipmillSA and BreeknuusZA both publish several articles using the pseudonym “Kobus”. 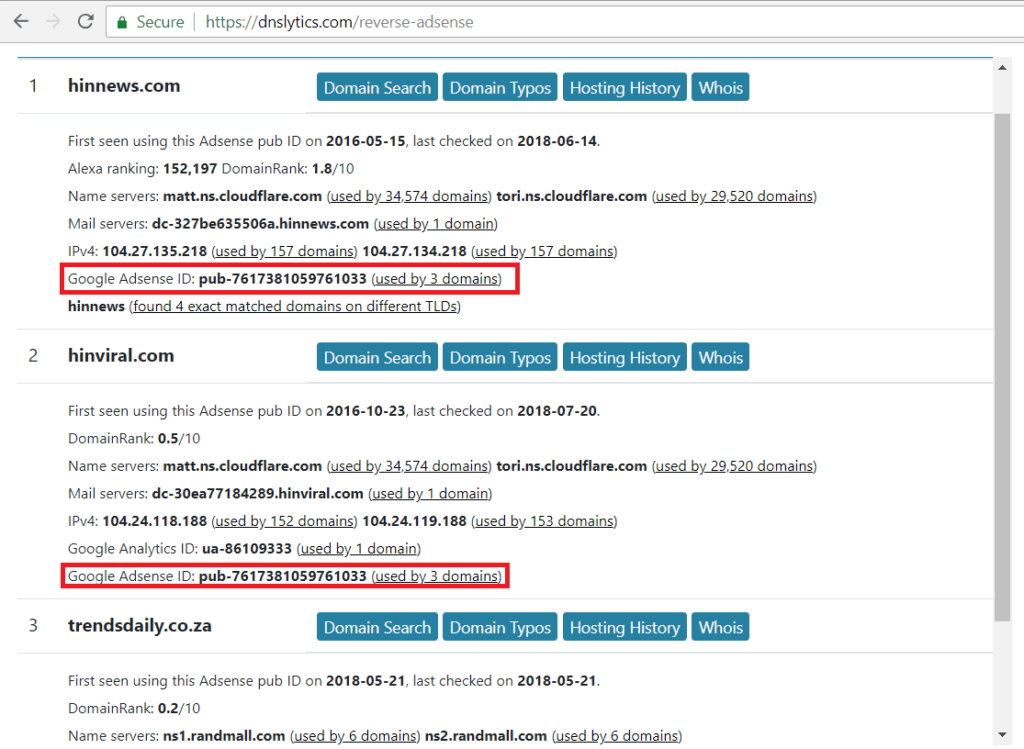 BreekNuusZA appears to be badly translated Afrikaans for “Breaking News”, and especially emphasises race-based stories. Some of its articles claim that EFF leader Julius Malema said farm murders were a myth created by fake news, and that ANC stalwart Jackson Mthembu had blamed the fuel price on white South Africans.

Again, all of this is hogwash aimed squarely at monetising misinformation.

The Devil in Disguise

News24 contacted the 247newsmedia@gmail.com address and requested an interview with the HINNews owner. Surprisingly, a James responded, indicating that the editor in chief/ publisher would be in touch. No response has since been received, despite repeated attempts to obtain one.

The Nigerian hinnews.com contained a link referencing the owner’s company profile. It claims that that Hinnew Media was established in May 2016, by Mr Elvis Udofia, as a new media company in Africa.

“As a new media company, the focus currently is online. We currently operate in and broadcast in two countries (Nigeria, South Africa) and is looking forward to further expand to more African countries and the Philippines.” (sic)

Ironically, the website claims as one of its core values, that they integrate honesty, integrity and business activities into all aspects their business.

It also states that HINNews Media is a subsidiary of Rand Partners Limited. This reflects the naming conventions used in some of the websites (randomall and randocabs) registered to the Elvis Gosife mentioned earlier.

A search using these details uncovered the LinkedIn profile of Mr Elvis Gosife Udofia, the chief operations officer of WeMinus as of January 2018. He is also listed as the CEO of HINNews Media since May 2016. He also stated that he was the CEO of Ancho Host (Pty) Ltd, although no records of such a company exist on CIPC records. 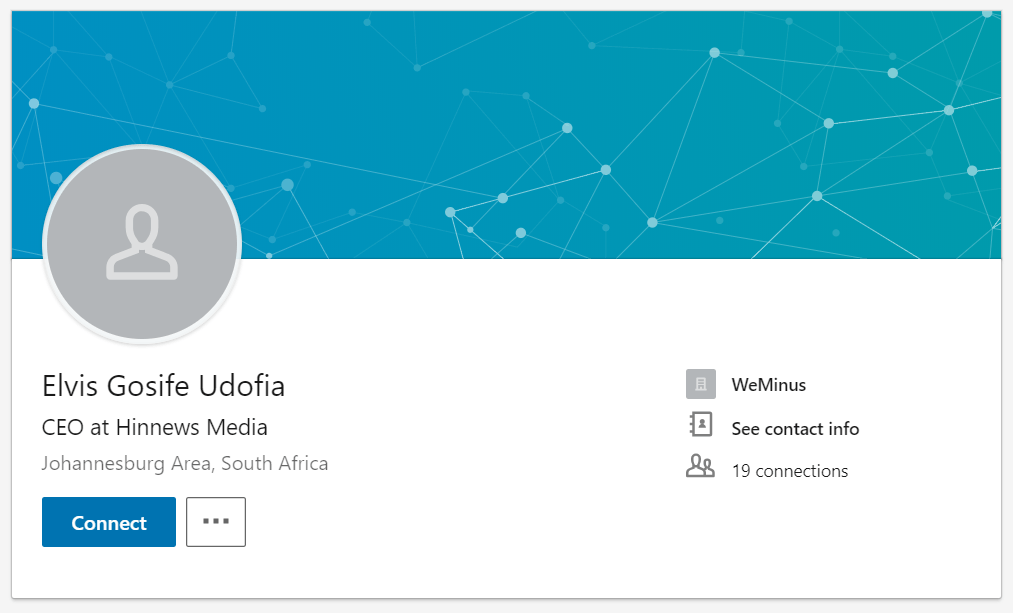 As with most such sites, the misinformation is interspersed with articles copied and plagiarised from legitimate news sources. This makes identifying the website as misinformation more difficult. 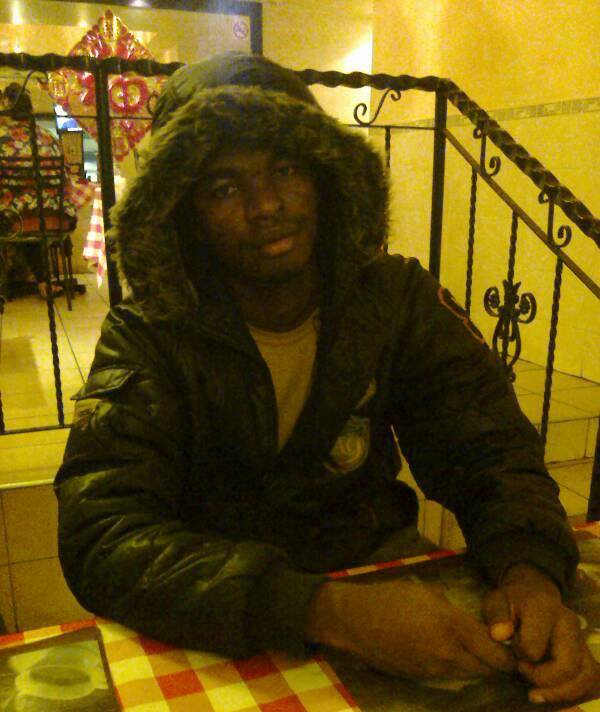 An article on HINNews by author “Prince” was copied word for word from this editorial piece by News24 editor-in-chief Adriaan Basson.

Another article plagiarised a story published by The Citizen .

HINNews also copies and distributes misinformation from other dubious websites, essentially acting as a platform for the syndication and distribution of misinformation. An article quoting a state lawyer claiming Khulubuse Zuma is too fat for jail appeared within hours of each other on both the HINNews website and NewsupdatesSA, another misinformation website traced to Thulani Msibi, a South African man from Witbank in Mpumalanga. A similar pattern can be seen with several other articles as well.

This further entrenches the problem with misinformation, as readers assume the article is legitimate because it is shared on multiple platforms. 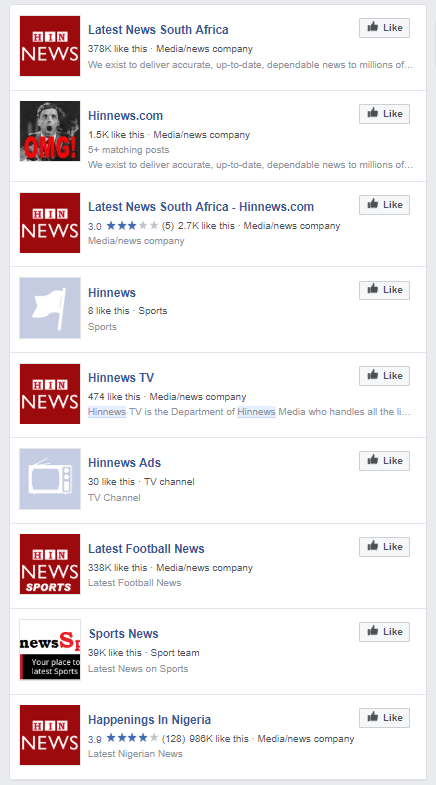 “HinnewsTV South Africa currently has an average unique viewers of 4 000 people for a 30 mins live show and can get as high as 30,000 unique viewers. (sic)

“While HinnewsTV Nigeria is currently enjoying a average of 3 000 unique viewers for a 30 mins show and can also get as high as 50 000 depending on the show, our show have lots of engagements as people from far and wide call into the program to air their views.”(sic)

Elvis has left the building

Although the Facebook profile placed him in South Africa during this time (photos of Udofia in a Spar can be found on his profile) he seems to have moved back to Nigeria. Photographs of him from 2017 show Udofia attending entrepreneurship course in Port Harcourt.

The article was published on the one of the websites registered to Elvis Gosife, and the site also features articles by an “Elvis Nelson” in which it appears Udofia quotes himself.

UPDATE: Following the publication of this article, HINNews has responded denying any links between it and the GossipmillSA and BreeknuusZA websites. It also claimed that these websites had copied its content, including the Adsense code linking back to its website.

“I repeat, we do not own or know any site like Gossipmillsa.com as you sent. we are in no way associated with them (am just hearing it for the first time) Hinnews.com/za is our only active site and believe me we are doing everything we can to bring the site back to a better and more new worthy way. ”